“Jemele Hill’s commitment to truth telling is unparalleled. Whether she is exposing white supremacy or being radically transparent about her own history, Jemele’s resolve remains steadfast. She makes you want to lean in and listen, but more importantly, she encourages us all to use our voices to tell necessary, hard truths.”
―Gabrielle Union, New York Times bestselling author of We’re Going to Need More Wine and You Got Anything Stronger?

“Jemele Hill is an undeniable force. Her fearlessness has helped her break countless glass ceilings in her career, making her a stalwart example of possibility. She has consistently used her platform to be a voice for the voiceless, for which I have so much admiration. It’s an honor to know her and call her friend.”
―Sunny Hostin, Emmy Award-winning journalist, cohost of ABC’s “The View” and New York Times bestselling author of Summer on the Bluffs

“Jemele Hill’s fearless reporting and advocacy for the truth are the central elements of a good journalist. But she takes it all one step further by championing new voices, and new perspectives, by making sure no one is forgotten. She takes risks, looks forward and backward, and never stops growing and pushing ahead.”
―Soledad O’Brien, CEO, award-winning journalist and producer, and philanthropist

“Those who cherish freedom of speech, even when it makes the powerful uncomfortable, will applaud Jemele’s fearless words and actions.”
―Michael Eric Dyson, New York Times bestselling author of Long Time Coming 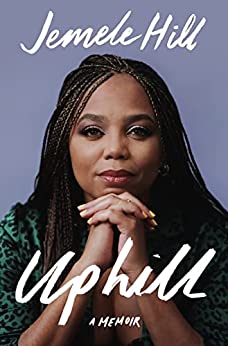 There are no reviews yet.

Be the first to review “” Cancel reply

100% secure checkout with Stripe and Paypal

Want to get involved?

Need to contact us about something? Reach out, we’d be happy to hear from you.
Call us Email us